Acting Chairman Michael Khouri of the Federal Maritime Commission is in London this week where he is representing the United States government at bilateral maritime consultations with the United Kingdom.

Also while in the United Kingdom, Acting Chairman Khouri is holding a number of meetings with other government and non-governmental organization officials, maritime industry leaders, and attending events related to the London International Shipping Week conference.

This morning, a delegation comprised of officials from the Maritime Administration and the Federal Maritime Commission, led by Acting Chairman Khouri, met with representatives from the United Kingdom Department for Transport for consultative discussions. The session was hosted by the Right Honorable John Hayes who serves as Minister of State, Department for Transport. During the session, the two delegations discussed a number of topics related to shipping and logistics including the state of the shipping industry, port and infrastructure development, trends in technology and vessel operations, and finally, steps that can be taken to strengthen maritime cooperation between the United Kingdom and the United States.

Following the morning consultations, Acting Chairman Khouri made a luncheon speech where he discussed the role the Federal Maritime Commission plays in maintaining a competitive ocean transportation services marketplace. As part of his remarks, Mr. Khouri outlined how the FMC is adjusting its analysis and monitoring activities in response to changes in industry. More specifically, the Acting Chairman reported that the Commission has strengthened the economic review process of new alliance agreements filed with the agency, requiring tighter limits on the scope of each agreement’s authority, and expanded quarterly reporting requirements filed with the FMC.

The final bilateral meeting of the day took place later in the afternoon when Acting Chairman Khouri and Magda Kopczynska, the European Commission Director for General Mobility and Transport, met to exchange views and information on a variety of industry and policy matters.

Earlier in the week, the Acting Chairman met with Secretary General Lim Ki-Tack of the International Maritime Organization at that organization’s headquarters for a session addressing legal, safety, and environmental issues. The Acting Chairman also had the opportunity to receive a briefing and facility tour at the Port of Southampton. 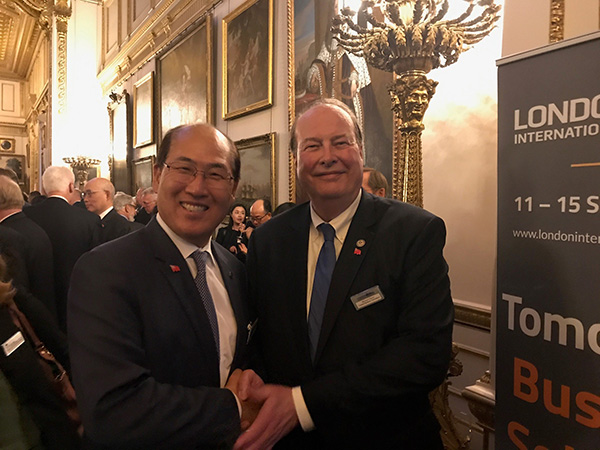 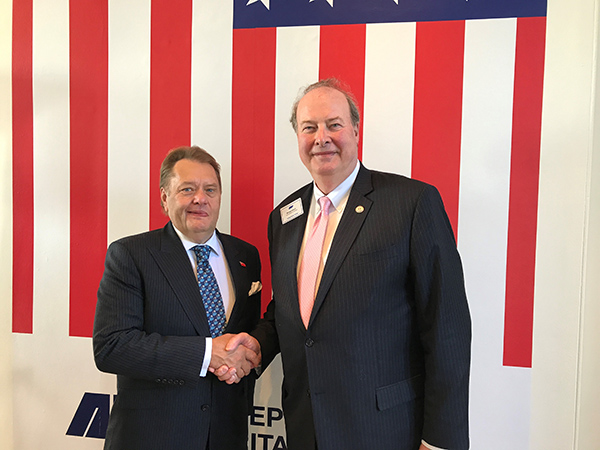