The U.S. delegation was led by Rear Admiral Mark H. Buzby, Maritime Administrator, U.S. Department of Transportation, and there were also representatives from the Department of State and the U.S. Coast Guard.

Commissioner Sola addressed the current competitive outlook of the ocean shipping industry and the reduction of global carriers since 2016. He also provided a review of the process by which the Commission reviews and monitors the ocean carrier and marine terminal operator agreements.

The U.S. delegation also met with the Korean Ministry of Oceans and Fisheries, and visited the Busan New Port, the Korea National Maritime Museum, the Korea Institute of Maritime and Fisheries Technology, and the Asia Pacific Economic Cooperation Seafarers Network Executive Secretariat. 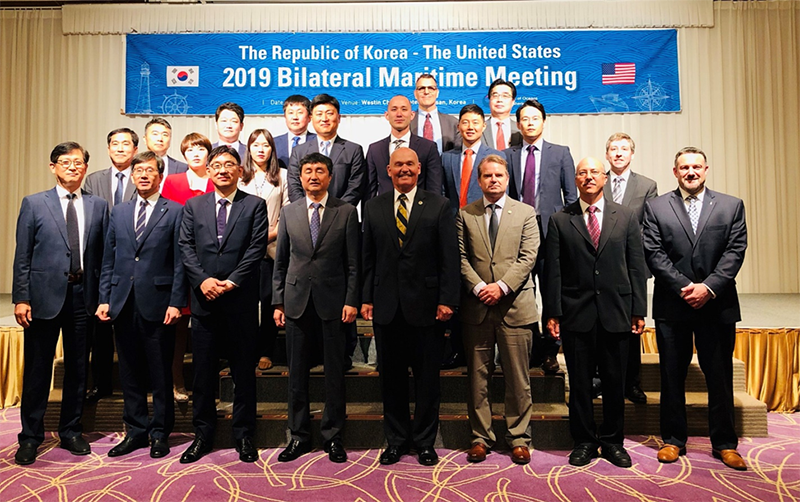 Commissioner Sola is pictured with Rear Admiral Buzby from MARAD as well as representatives of the Department of State, Coast Guard and the Korean Delegation during the U.S.-Korea Bilateral Maritime Meeting in Busan, Korea on July 10, 2019.