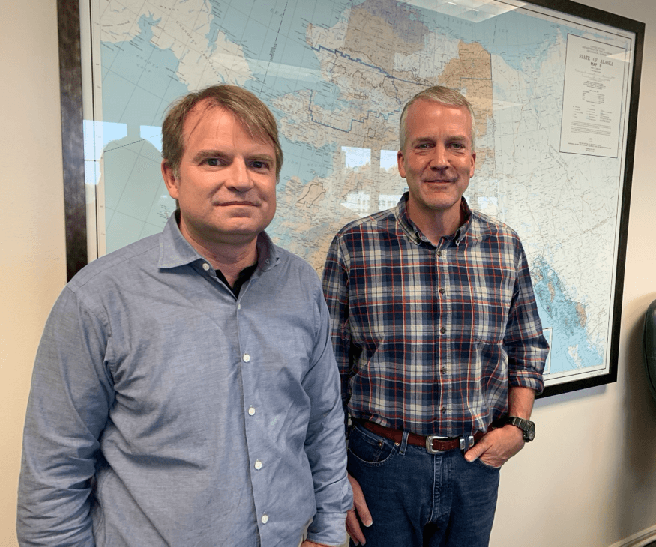 On the heels of the recently released Fact Finding 30 report on Florida, Commissioner Louis E. Sola this week completed a multi-day regional assessment in Alaska.  The Commissioner, as Fact Finding Officer, conducted the review as part of the continuing Fact Finding 30 investigation into the effect of the cessation of cruise vessel traffic on America’s ports.

Passenger cruise operations are an important part of the Alaska tourism economy.  U.S. Senator Dan Sullivan (R-AK) invited Commissioner Sola to witness firsthand the consequences that Alaskans are bearing from the loss of the 2020 cruise season.

“I am grateful to Senator Sullivan and Congressman Don Young for the comprehensive and informative briefing they arranged for me that informed me of the current economic conditions wrought on the great State of Alaska by this pandemic,” Sola said.

During his trip, Commissioner Sola traveled to the cities of Anchorage, Whittier, and Seward.  At each stop on his itinerary, he met with port directors, business and labor leaders, and local and state government officials.

“I want to thank Senator Sullivan for encouraging me to see firsthand the hardships being faced by Alaskans.  I was aware of the direct and indirect negative economic impact the loss of an entire cruise season cost Alaskan ports and port communities but being there gave me a greater appreciation of just how devastating it was.  As the Chairman of the Senate subcommittee with jurisdiction over shipping issues, Senator Sullivan understands the situation well and did a magnificent job ensuring that I walked away with a true appreciation of the needs of his fellow Alaskans,” said Commissioner Sola.

In addition to the above meetings, Commissioner Sola also had the opportunity to meet with staffers from each Member of the Alaska Congressional Delegation as well as senior U.S. Coast Guard personnel assigned to the state. These meetings yielded insight that will be incorporated into the upcoming Fact Finding 30 report on Alaska and the U.S. Pacific Northwest.

“To hear of small businesses with 600 employees being reduced to six, or to hear of entire union shops unemployed and to see the pain in people’s eyes as they share their stories is heartbreaking.  Alaskans are incredibly proud people who are stoic by nature.  There is a degree of work involved in getting them to open up and share their plight.  When you hear their stories, though, one is driven to do all one can to help,” said Commissioner Sola.