On September 29th, Commissioner Daniel B. Maffei visited the Port of New York and New Jersey for a tour of the NYSA-ILA-PPGU Training Center and the Maher Terminals facility.

Commissioner Maffei tried out simulators at the training center, met with executives for Maher Terminals, and toured the port to see how the facility has responded to the COVID-19 emergency. 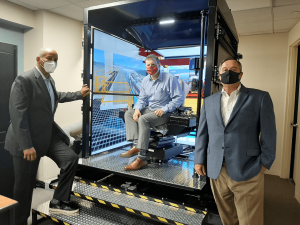 Commissioner Maffei was heartened to see how well the port has responded to the COVID-19 emergency, and was glad to see that volume is returning to somewhat normal levels. While uncertainty about the future remains at the port, as it does everywhere, the Commissioner is certain the Port of New York and New Jersey will be able to continue to provide first-rate service to consumers. 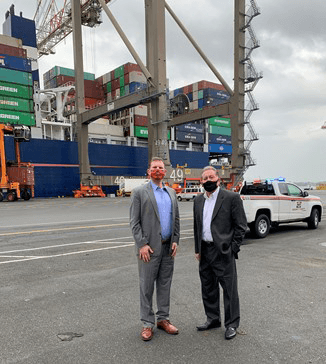 The Commissioner appreciates the efforts of staff from the New York Shipping Association (NYSA) and Maher that made this visit so valuable while prioritizing safety.

Daniel B. Maffei is a Commissioner with the U.S. Federal Maritime Commission. The thoughts and comments expressed here are his own and do not necessarily represent the position of the Commission.